What is a VA Loan?

The VA Loan began in 1944 through the original Servicemen's Readjustment Act, also known as the GI Bill of Rights. The GI Bill was signed into law by President Franklin D. Roosevelt and provided veterans with a federally guaranteed home with no down payment. This feature was designed to provide housing and assistance for veterans and their families, and the dream of home ownership became a reality for millions of veterans. VA guaranteed loans are made by private lenders, such as banks, savings & loans, or mortgage companies to eligible veterans for the purchase of a home, which must be for their own personal occupancy. The guaranty means the lender is protected against loss if you or a later owner fails to repay the loan. The guaranty replaces the protection the lender normally receives by requiring a down payment allowing you to obtain favorable financing terms.

Who is eligible for a VA Loan?

Wartime/Conflict Veterans who were not dishonorably discharged, and served at least 90 days:

Members who have completed six years of service and have been honorably discharged (or are still serving) may be eligible for a VA loan. Contact your regional VA office for more details.

Peacetime service of at least 181 days of continuous active duty with no dishonorable discharge. If you were discharged earlier due to a service-connected disability, you should speak with the regional VA office to verify eligibility.

Other types of service that may make you eligible for a VA loan:

What type of home can I buy with a VA loan?

A VA home loan must be used to finance your personal residence within the United States or its territories, but you have many choices regarding the type of home you purchase.

How do I apply for a VA guaranteed loan?

I have already obtained one VA loan. Can I get another one?

Yes, your eligibility is reusable depending on the circumstances. Normally, if you have paid off your prior VA loan and disposed of the property, you can have your used eligibility restored for additional use. Also, on a one-time only basis, you may have your eligibility restored if your prior VA loan has been paid in full but you still own the property. In either case, to obtain restoration of eligibility, the veteran must send VA a completed VA Form 26-1880 to one of the VA Eligibility Centers. To prevent delays in processing, it is also advisable to include evidence that the prior loan has been paid in full and, if applicable, the property disposed of. This evidence can be in the form of a paid-in-full statement from the former lender, or a copy of the HUD-1 settlement statement completed in connection with the sale of the property or refinance of the prior loan.

What are the negatives of a VA Loan?

What are the benefits of a VA Loan? 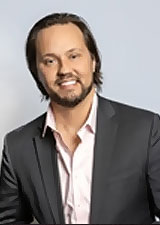