Life, in all of its unpredictability, does its best to make sure that we all fall on hard times. Some of us are thankful for the subprime home loans that have helped us keep roofs over our heads. Sometimes, however, those loans are not the saving grace that they appear to be.

Take, for instance, Moody’s recent deal with the Justice Department. The credit rating agency (and several others) has been under scrutiny since the financial crisis, and the settlement is likely to bring about some huge changes for lenders and borrowers alike.

Needless to say, keeping up with those changes is going to be a priority for those of us who either have subprime loans or are hoping to qualify for one. If you happen to fall into either category, read on to find out more about the settlement and its implications.

Before the financial crisis of 2008 hit, subprime home loans were arguably easy to come by for low-income borrowers. According to Forbes contributor Steve Denning, “more than 84 percent of the subprime mortgages in 2006 were issued by private lending.” Further still, “these private firms made nearly 83 percent of the subprime loans to low- and moderate-income borrowers that year.”

While the accessibility of these loans might have seemed like a good thing at the time, lenders were not necessarily adhering to existing regulations. “Out of the top 25 subprime lenders in 2006,” Denning writes, “only one was subject to the usual mortgage laws and regulations.”

Laws and regulations that were no doubt put in place for a reason.

Because lenders were casually handing out these subprime home loans (among other types of loans), the economy took a bit of a hit. This financial crisis led to a loss of faith in rating agencies and prompted the government to put stricter regulations into place.

Now that we’ve briefly covered the recent history of subprime lending, we can look over Moody’s settlement and determine how it will affect subprime home loans. We’ll be using the Department of Justice’s report on the settlement for much of this discussion, so feel free to refer to it.

The first thing to note is that the “settlement involves significant commitment by Moody’s to improve business practices.” Although many of the improvements listed in the report appear to prioritize keeping the economy stable, some of them will doubtless make borrowing a bit more difficult for those of us who wish to acquire home loans.

For instance, some of Moody’s prior lending practices were more or less incentivized by structural problems. Now, however, Moody’s has promised to make “changes to ensure that specified personnel are not compensated on the basis of the company’s financial performance.” That is to say, these personnel won’t be as driven to sign off on the same lending practices they might have before the financial crisis.

Not only that, but Moody’s has also subjected itself to more regulations. The company has, for example, agreed that proof of compliance will be provided “by the President/CEO of Moody’s” for “at least five years.”

New rules and regulations aside, the settlement also includes “a $437.5 million federal civil penalty, which is the second largest payment of this type ever made to the federal government by a ratings agency.” Another $426.3 million is set to be “distributed among the settlement member states.”

The ruling will no doubt set a precedent. It will also function as a deterrent of sorts, and not just for Moody; few other rating agencies will want to come under fire for similar behavior. For this reason, subprime home loans are going to be more heavily scrutinized by agencies.

The Future of Subprime Home Loans

Moody’s settlement will almost certainly be a good thing for the economy since it will hold rating agencies accountable for their actions. Still, potential homeowners have every right to worry about how they will go about getting subprime home loans. After all, not everyone has an amazing credit score.

As we’ve stated before, getting a subprime loan will no longer be as easy as it was before the crisis. Lenders will be wary of handing them out, and more loan seekers will be denied loans.

That said, there are some steps that you can take in order to improve your chances of scoring a home loan. Of course, these steps usually involve a professional of some sort.

Your first order of business should always be to decide on a price range that is ideal for you and your family. In this case, “ideal” means “attainable.” To be blunt, you’re probably not going to convince many lenders to give you a huge loan for a house that you’ll never be able to pay back.

You and the professional you’re working with should also take care to take your monthly payments into consideration, and if you don’t have access to a professional, you can easily find a mortgage calculator online. Remember, though, that you won’t be able to replace a professional with an online tool. Getting help with the loan program you’re interested in will also benefit you in the long run.

General preparedness is going to be your friend if you want to get a subprime home loan today. In other words, if you have a plan and put some thought into how you’ll pay back your loan, you’re much more likely to get a subprime loan.

While subprime home loans are certainly going to be harder to come by in the future, we’re confident that you can get you can get your hands on one if you take the right steps. Reading this piece has already put you on the right track. Your next course of action should be to enlist the help of a professional.

Fortunately for you, you don’t have to look any further for the help you seek. If you contact us today, we’ll give you free loan advice that will help you get one step closer to your subprime home loan. We await your call. 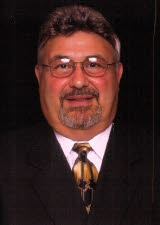